This article looks at the most influential bloggers who are well-versed in the hard to stand-out business of blogging. Bloggers who are best at translating & displaying their budding… 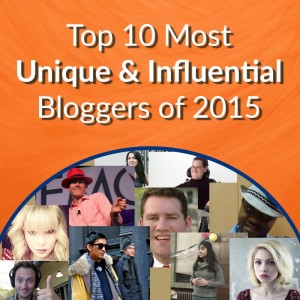 This article looks at the most influential bloggers who are well-versed in the hard to stand-out business of blogging. Bloggers who are best at translating & displaying their budding perspectives on any consolidating businesses, help individuals change mindsets and turn losses into gains. Their blogs are written with fresh and delightfully original & inspiring words strewn with convincingly confident tone. Below are the ten most influential, and unique bloggers, who have mastered the art of self-confidence and perspective-branding, aka… blogging. 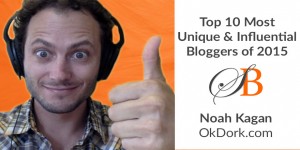 Noah Kagan can be found on Twitter using his Twitter handle @noahkagan. He blogs at OkDork.com.
Noah Kagan is an experienced blogger from whom individuals interested in improving their writing skills can learn tons.
He owns the appsumo.com, a daily deals website specializing in goods and services distributed online.
Noah Kagan is a unique blogger, his blog posts are highly educational and tailored to meet the specific needs of readers interested in boosting their productivity. 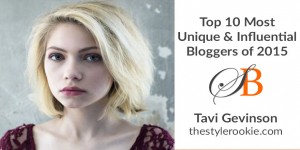 Tavi Gevinson’s twitter handle is @tavitulle. She is a popularly known fashion blogger who began blogging at only 11 years young. She is the founder of her blog called Style Rookie. The fashion world was left in shock when Tavi was able to make her fashion blog Style Rookie become the home of the most popular online style guides.
Four years later, Tavi Gevinson developed a very influential say in the fashion industry. She was able to land a job at Rookiemag.com as the Editor-in-chief thanks to her brilliant style of writing and great sense of humor. Tavi Gevinson has also written articles for Harper’s Bazaar, and she was also managed to get featured on the cover page of Pop Magazine. 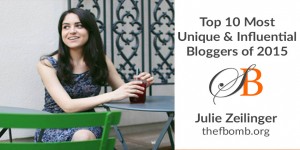 She can be addressed on Twitter as @juliezeilinger. She is the founder and editor ofwww.thefbomb.org. This is a feminist blog targeting teens and young adults who want to express their opinions concerning socio-political issues prevalent in society.
The Women’s Day Magazine named Julie Zeilinger as one of the most influential and  successful bloggers under the age of 21 years. She was also able to get featured in the London Times amongst the 40 bloggers who count. Julie Zeilinger has been able to write amazing articles that have been featured in popular media companies such as Forbes Magazine, Huffington Post, and CNN. She blogs at Ms. Magazine, and she has been able to have a rare opportunity to interview Gloria Steinem for the Huffington Post. 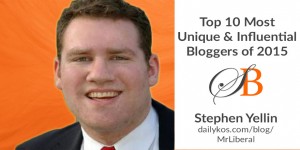 Stephen Yellin was able to gain popularity at the age of 15 as the most influential emerging political blogger. His twitter handle is @stephenyellin. Yellin’s political blogging has been able to capture the attention of most popular publications such as the New York Time’s, the Philadelphia Inquirer, the Boston Globe, The UK Guardian and Salon.com among others. He began blogging at the age of 15 years using the name“MrLiberal” for Daily Kos.
Stephen Yellin also a communication’s consultant, has been able to get highly profiled clients such as members of the Congress and other candidates for the federal and state offices across the United States. Yellin’s early political blogging has finally paid off as he is now running for an elective post at Berkeley Heights. 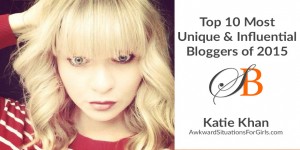 Here’s an influential blogger, @katie_khan, that took writing about the mundane and turned it into something that makes you want to check in on her site, frequently. Katie writes about everything from what’s on her mind to daily events that accentuate her growth and journey.  Her topics range from explaining why she had waffle fries and ice cream for dinner to her night going to a lesbian ball. You’ll find yourself laughing along as you read through all-too-familiar situations with an exceptional twist. Those looking for extensively winded narratives, seek them elsewhere. Her posts can sometimes be scarce, but there’s enough backlog to keep you reading for a long time to come. 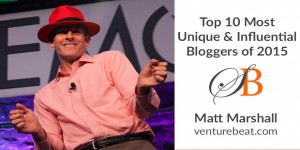 Marshall’s Twitter handle is @mmarshall when you get the chance to check out his latest tweets. On Linked In, he uses his official name, Matt Marshall.
He is the founder and owner of VentureBeat which was established in 2006. VentureBeat is a leading source of information for tech enthusiasts, executives and upcoming entrepreneurs. The news resource center is capable of getting close to 7.5 million visitors each month. Readers of Matt’s articles get to learn factors related to various technological trends ranging from health technology to social and mobile media. He was awarded journalist of the year in 2002 by the Northern California Society of Professional Journalists. 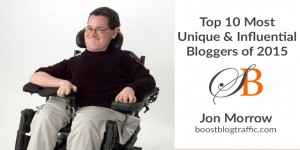 Morrow has 334,000 followers on his Twitter account together with a little more than 8,000 tweets. His twitter handle is @JonMorrow. He is the former editor ofCopyblogger, which specializes in offering tips to its clients to help grow in the expertise of SEO copywriting.
Currently, Jon Morrow is the CEO of Boost Blog Traffic where one can get access to his blog posts.
Jon is a unique blogger whose content usually goes viral on a regular basis. He has also written popular articles on websites such as Problogger and his previous gig’s blog, Copyblogger. His mission has always been to help upcoming struggling bloggers earn a living from their blogs. 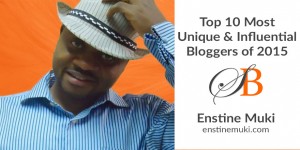 Enstine has been involved in online jobs such as creating websites and web applications. Some of the works EnstineMuki has worked on include EasyRetweet, a Twitter-based traffic and follow platform that he already sold out. He has also worked on Broadnet, a blog that receives traffic without SEO or Social Traffic. Enstine Muki has also developed a WordPress ad management and sales plugin.

His twitter handle is @enstinemuki.  His services include blog post writing that he charges 100 dollars for every 1000 words written.
Enstine Muki is also the founder of www.enstinemuki.com. He also helps people realize strategies they can use to make money online.  You can watch his videos on YouTube at https://m.youtube.com/user/enstinemuki 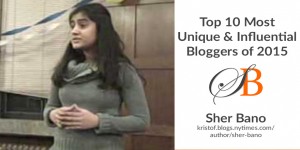 Her twitter handle is @sherbano. Sher Bano was an exchange program student in the suburbs of Chicago. When she moved back to Pakistan, she became the guest blogger for the New York Times magazine. Her articles are usually featured in the series called “Report from a Pashtun Teen” which talks about life in Pakistan from her perspective. The articles cover several topics such as floods, marriages in Pakistan and Facebook protests. The content of the blog is usually from the perspective of a teenage girl that has spent part of her lifetime in the western countries. There has not been much content since 2011, but these timeless renditions are still as powerful and poignant now as they were then. 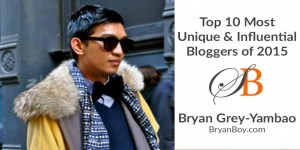 Bryan is a young fashion blogger taking the internet by storm. You can catch up with him on Instagram where he calls himself @bryanboycom. Bryan Grey-Yambao, begin blogging at 22 and was able to get an invitation to the international fashion week in 2008. He has managed to create his fashion blog called Bryanboy. He began blogging about fashion at the age of 17 years old. Since then, Bryan has been able to make his name popular in the fashion industry. He is always present at runway shows along with other high profile editors.
Designer company Marc Jacobs has also named one of their bags after Bryan thanks to his unique style when it comes to fashion. Bryan has grown to be one of the most significant forces in the fashion industry. He has also helped set up standards for designer gifting and disclosure in the fashion blogosphere. His personal blogging site has grown popular having over four million viewers every month.

To all those who made our top 10, thanks and congratulations. Brag to your friends that thought you were merely pen pushing nerds by telling them you’ve been branded as confident, influential, and unique. We wish everyone luck next year to see who will make our top 10 for 2016.

With a core full of love, wrapped in a balanced layer of confidence…

Want to join the discussion?
Feel free to contribute!

The Branding Brilliance Of Chad Morgan: The Sheikh Of Scrubby Creek
Scroll to top