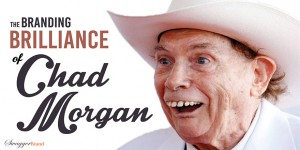 The Branding Brilliance of Chad Morgan: The Sheikh of Scrubby Creek

Ever heard of a place called Scrubby Creek, Australia? How about a guy named Chad Morgan? Unless you’re A). Australian, B). You’re from twenty minutes in the future and you’ve just finished reading this blog post, I’m gonna go out on a limb and say the answer is no. Be that as it may, grab a drink and a writing utensil, ’cause you’re in for an original educational experience, young grasshopper.

As it turns out, not only is Chad Morgan, the so-called “Sheikh of Scrubby Creek“, a minor Australian celebrity beloved for his comedy routines – he’s also an undercover local branding genius. People line up to get roasted by this guy, and he’s built his entire act on the fact that he quite literally looks like a clown-slash-science experiment.

In short, no one should take him that seriously or or fall victim to his passively powerful branding trance, but through a very unique set of talents and skills, he ensures they don’t have a choice (in a good way). Think maybe you could learn to be the best you, or even promote something from a guy like that? Yeah, didn’t think so. Keep reading to learn more.

A Little Bit About Chad Morgan

It wouldn’t be right (or make any sense) to do a piece like this without first telling you something about the man behind the curtain, so to speak. Chad Morgan was born in Queensland, Australia in 1933. His grandparents raised him, and it wasn’t long before Lady Luck shined her light his way.

An Australian subsidiary of EMI picked him up, and he released his first album in 1952. Tex Morton, a fellow pioneer of the New Zealand & Australian country Music scene (not to mention the circus and vaudeville arenas, both of which feature heavily in Chad Morgan’s stylistic choices), once described the then neophyte as “the only original country music artist in Australia”.

The rest is history, as they say, and 82 years later, Morgan is still tramping around the Outback, delighting audiences and, as this blog will show in just a minute, crossing all sorts of barriers and lines of influence without even realizing it.

OK, here we go. Get a pen and paper ready, or fire up Evernote or Google Keep, because it’s note taking time. Here, for the first time ever, are the dark secrets behind the Sheikh’s marketing prowess, distilled for your consumption. 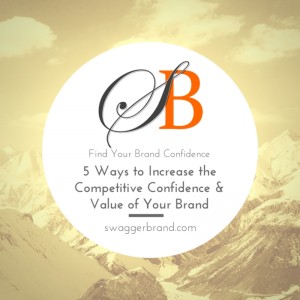 Life Works, But Only if You Work It

Chad Morgan has success now, but it wasn’t always that way. As mentioned above, he was born in the middle of the Australian Outback, which just so happens to be some of the most inhospitable territory on the planet. Take a misstep there, and it’s game over, no joke.

He didn’t have parents to guide him through it, either – his grandparents were there for him, it’s true, but what little kid who doesn’t have them around doesn’t miss his mother and father growing up?

The point is, life will knock you down. When it does, you can stay there, or you can get stronger and smarter from it, bring your new knowledge to bear on your life goals, then get the best kind of revenge there is by making good as a result.

There’s nothing more to be said about this. You think Chad Morgan, whose teeth look like a piano and who never spurned a gig in his life – he is at home in a traveling circus as he is in Australia’s most prestigious venues – became one of Australia’s most beloved comedians and country stars by sitting on his butt all day playing Call of Duty? Hobbies and pastimes are fine, but they’re for when your work is done. Don’t let them become your work, or you’ll never make your marketing dreams a reality. And for those of you battling a particular inner demon, don’t use those as excuses – use them as motivation, and overcome them! The Sheikh of Scrubby Creek was an alcoholic in his younger days. He threw off his albatross and rose to success, and so can you.

Too many marketers shove their self-promoting rhetoric and their sub-par products down everyone’s throat until they’re highly loathed, and then they mope around in bewilderment asking why no one will buy anything (or whatever else their goal is).

Seriously? Look, guys. Take another lesson from Mr. Morgan. He gets up on stage, makes people laugh without ever trying to promote anything or get them to do something for him beyond turning their cell phones off during his show, and they shower him with accolades and cash.

The lesson? The primary element, the engine and fuel of your marketing efforts, if you will, is people. You have to treat them like humans – dare I say it, as you would want to be treated – if you expect to get results. Here are some tried and tested tips on how to do just that, directly from the Sheikh himself:

* Be gregarious: Always have a kind word for folks. It doesn’t have to be some kind of Shakespearean monologue, a simple hello will do. Just make sure you’re always engaging the people around you in as warm and genuine of a way as possible.

* Have fun: If you’re boring, not only will you hate what you’re doing, but your audience and customers will sense it as it bleeds into your business and marketing efforts. Our erstwhile Sheikh, if you’re looking for inspiration, would often take time out to go hunting and racing with his friends in the Australian bush; pulling (dangerous and ill-advised but extremely fun) pranks was and is a favorite pastime. When’s the last time a telemarketer called you to go kangaroo hunting? Be more like Chad Morgan, and watch your marketing efforts blossom.

* Be original: On a related note, people, as a rule, aren’t stupid, and can tell when you’re trying to hustle them with some kind of canned routine. Really think about what makes you unique – your talents and yes, even your flaws, and use them to craft a unique persona that people just won’t be able to forget. That way, even if they don’t buy or become a lead right away, they’ll be thinking about you all the time. Who knows what the future might bring?

* Be accessible: What good is resolving to adopt the life of a marketer if you’re never around when someone bites on a line you’ve put out? You absolutely must be available as often as you can be. If you’re “too busy right now” to invest in yourself or to take five minutes out for a customer, well, just don’t expect to get anywhere.

* Be nice: The final Sheikh-certified marketing tip to take home? Be a nice person! Audience control is at the heart of any successful marketer’s life, whether that audience is one guy on the street or an auditorium of 10,000 paying customers. If you’re a jerk, or boring as dirt, you’re not going to get very far.

Chad Morgan for example, he by the Order of Australia Medal and the 2010 CMAA Lifetime Achievement Award, took it upon himself to pick a family, Glennys and Ian Muir. He eventually made them his protégés and friends, purely from kindness and a sense of shared vision.

It’s all about people, so you have to be kind and charming. Take care of people, and the rest will follow – practice this skill if you need to, but make it your own.

Chad Morgan is a remarkable guy. A comedian by choice and a successful marketer without trying, he really is one of those rare people that just don’t come into the world all that often. With this guide in hand, you should have no trouble emulating him, if only just a little. Thanks for reading, and best of luck!

Want to join the discussion?
Feel free to contribute!

Does Branded SEO Truly Benefit Your Business
Scroll to top